Virtual Help Can Be A Real Advantage

Online Marketing
by George May 17, 2018 0 Comment
Spread the love 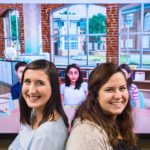 Online marketing is more about slogging through the swamp than skipping to the finish line. It is all about submitting to various websites, checking statistics, and a lot of drudgery; there is a lot of boring stuff that most people want to avoid. Because of this most entrepreneurs are more than willing shift the duties to a virtual assistant, especially one who specializes in communication. There are any number of tasks that can be assigned to the assistant, all with the idea that the person does not need to worry about doing them himself. Fortunately, there are more than enough people willing to do it but finding the right person can be difficult.

There are some basic considerations when hiring a virtual assistant. Most of these are related to cost, especially given the wide range of prices available for the services provided. The major reason for that price disparity is location; American assistants tend to cost more than those in India or China. The obvious reason is that the cost of living is so much lower in those countries; since virtually everything is cheaper there it also means the prices for work is cheaper as well.

However, there are other considerations that need to be debated, such as the language barrier as well as time zones. Whereas someone more local would know the language, including the slang, as well as know when the best times to call, someone from a greater distance, such as around the world, would not have that inherent familiarity. While that is not as important when it comes to dealing with the more repetitive tasks of marketing it is important when dealing with locals. This can be a major issue when dealing with local deadlines and business hours; this is something that needs to be considered.

With those considerations in mind, hiring a virtual assistant usually makes a lot of sense, especially for someone engaged in a serious online marketing campaign. This means someone who can submit information to various websites, write and maintain social marketing posts, and in general do a lot of the more mundane things that make a campaign run. This not only frees up time for the entrepreneur to deal with other issues but also may provide skills that the person may lack. In general, this is an option that is worth looking into, especially for someone just starting out; a virtual assistant may just be the thing that helps push you to the next level.